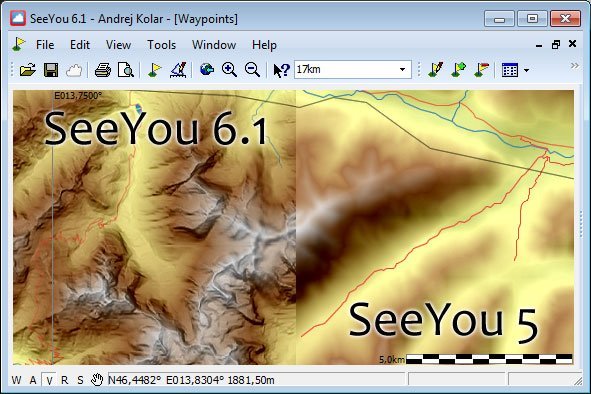 We are extremely proud to present SeeYou version 6.1. It adds at least two very major improvements which deserve a prominent introduction. There is not much to say because in this case pictures can substitute a thousand words.

New Vector maps carry about 100 times more data than before. We have used modern rendering techniques to emphasize the peaks and the shades in an undulating terrain. We have also optimized the rendering of the maps such that they now move an pan almost instantly. Needless to say all of this data download from the SeeYou Cloud directly to your computer and stays there forever for offline use. 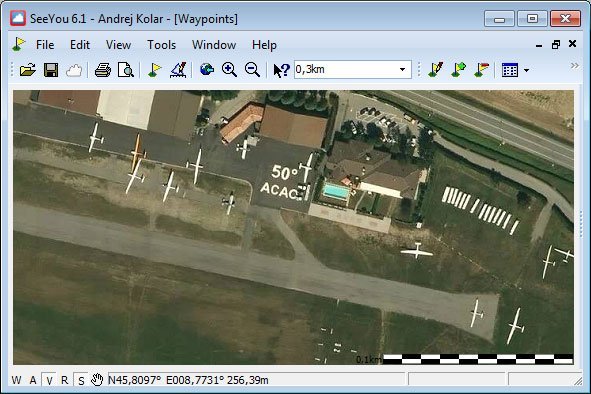 This is not Google Maps and we are not trying to compete with them therefore you will likely find spots where Satellite images from the giants in online Mapping will be better than SeeYou. However the Satellite images for USA, Canada, UK, France, Spain, Germany, Italy, Morocco, Japan, Australia, Namibia, South Africa and many many other places in the world are simply brilliant and we can promise that you will not just like them – you will love them!

A rather small improvement in SeeYou but significant in the sense of showing excellent collaboration with the FAI and IGC is the introduction of the Ranking List Search engine built right into the SeeYou Competition software. While typing the name of the competitor you can simply look up the IGC Ranking List Database and help yourself as well as the competitors and the FAI/IGC get more accurate results into the Ranking list.

We hope that you will love the new developments in SeeYou and the future that we are enabling with that! If you do not have the current version yet – please contact your local Naviter Reseller or Buy the upgrade online.