The CIVL Committee – the Paragliding and Hang gliding body of the FAI – has decided to use Pressure Altitude for scoring competition flights in the future.

Andrej Kolar from Naviter was invited to make a presentation at the CIVL Bureau meeting in Belgrade due to the experience Naviter has with scoring sailplane competitions world-wide. We would like to share the keynotes from the presentation and the conversations that followed.

The pros and cons of pressure altitude versus GPS altitude: 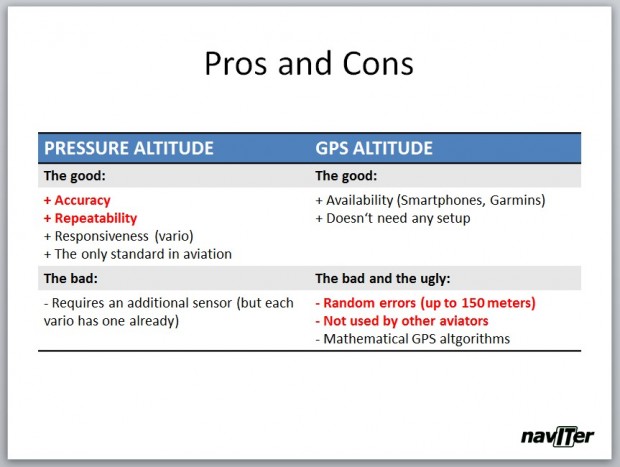 The discussion on the pros and cons followed with a real world example. It was a competition flight from the recent European Championships at Kopaonik in 2014. The following charts were made with two different devices on the same day. The devices were on the same cockpit sitting one next to each other. They were recording a competition flight.

This is the Pressure altitude graph from the first device: 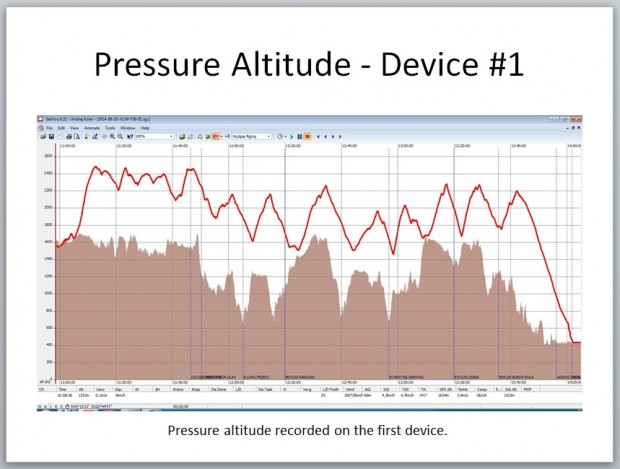 Please note that the fact that the pressure altitudes are so very similar is completely expected. This is the essence of aviation safety. Passenger air planes reliably meet (or rather miss) each other with 1000 ft height buffer at almost mach 1 regardless of the time of day, season or the location where they took off from. Pressure altitude is extremely accurate and reliable at the same time and it is therefore the only standard about how to measure altitude in aviation.

Our varios are capable of delivering a reliable sound when climbing in 0.1 m/s. In order to do that they need to react to an amazingly small difference in pressure produced by a column of air no taller than 8 cm (~3 inch). Imagine the weight of 8 cm of air in a small tube! 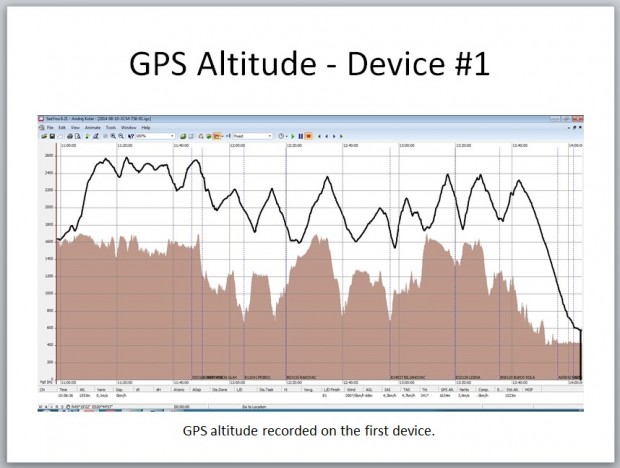 While this is the trace produced by the second device: 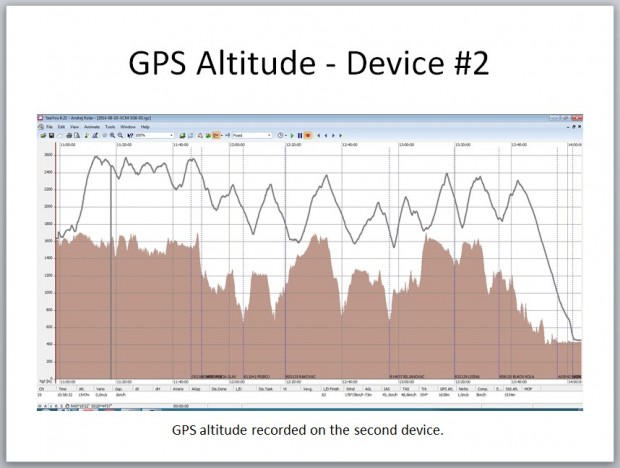 The GPS altitudes from these two devices are quite different. They are frequently 30-50 m from each other. The extreme comes at the end where the two are almost 150 meters different. This is unfortunately where the finish altitude penalty points/times were given and since this happened to several pilots on several days the conversation about the GPS vs Pressure altitude started for our paragliding friends.

Here are all the altitudes superimposed again. Note that you can’t see the second pressure altitude (red) because it matches the first one precisely:

The delegates at the CIVL bureau meeting took their time to fully understand this. It was a long and interesting discussion. The result of it was that the implementation of Pressure Altitude for Category 1 events was promoted from being mandatory since 2016 to it being mandatory since May 2015.

It is now the standard for all aviation sports and we are very happy to have played a small part in this rule being implemented. We congratulate the CIVL for its openness and wisdom in getting this change approved and promoted through the sport.

You may download the Power Power presentation and the corresponding IGC files here:
http://download.naviter.com/docs/GPSvsPressureAltitude_by_Naviter.zip