New imagery is streaming down from the WorldView-3 satellite which was launched just two weeks ago. The images captured by the satellite are nothing short of stunning and the best part is that they are already available in SeeYou!

Currently you can see the new imagery for the Madrid Barajas airport, downtown Sydney, Melbourne, Adelaide, Perth and Alice Springs. Some of them were taken as recently as two days ago!

The best part is that this is just the beginning. New satellite imagery will be streaming in and improving your SeeYou maps daily and seamlessly. Enjoy!

Here’s an example of an Airbus A380 vacating the runway 07 at Sydney International airport two days ago: 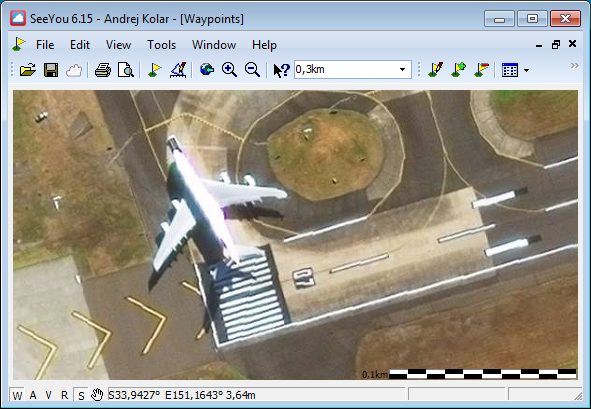