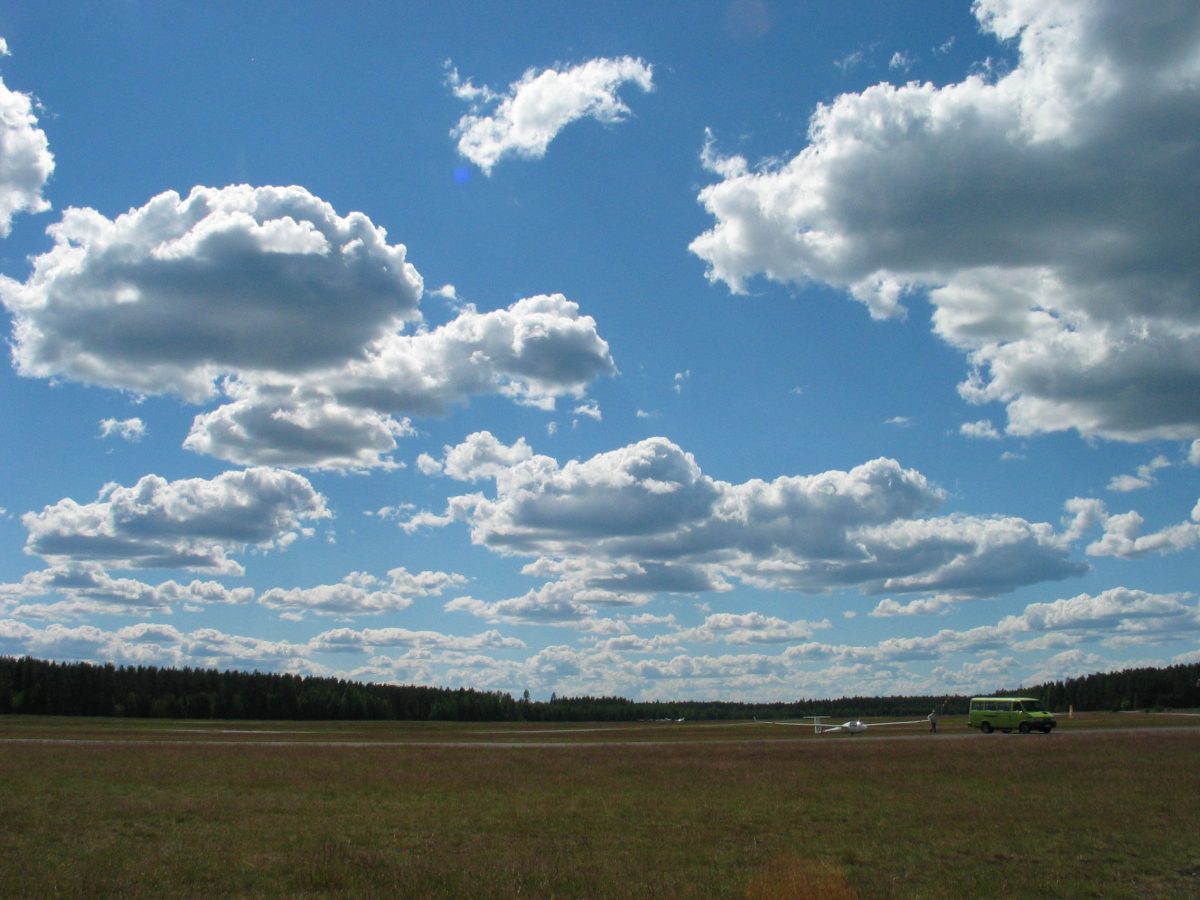 In 2005 Finland hosted the European Gliding Championships in Räyskälä and they were in for some of the best weather Finland has to offer. I travelled there to offer support for SeeYou Competition to the organization team. Truth be told – everything was running perfectly and the scoring team in Räyskälä hardly needed any support from our side.

Spending long summer days in Finland is always special. You can read a book throughout the night with the sun as your only light source. It only sets for a few hours during the night but it never really gets dark. And when it comes out it gives glider pilots hours and hours and hours of perfect cumulus clouds spread evenly across the sky.

As it happens so often the day of the opening ceremony – when nobody is allowed to fly – was one such fine day. We were all admiring the perfect sky. And surprisingly enough – the next day was even better. This was the first competition day of the European Championships. The task was set. 1000 kilometres for the Open class. The first time ever that a 1000 km task was set in a competition.

Imagine the intensity of the situation. Pilots are getting ready for their first competition day. The task is four digits for the first time ever. The airport crew is busy getting a dozen tow planes ready to tow the competitors up and the competition organization is hoping that the weather will cooperate right until the sunset. The first cumulus clouds are puffing and the race starts.

Two eager young pilots are on the ground (me and Uroš Krašovic) looking at the weather like that with nothing to do. We just had to ask.. “Is there a glider we can rent for a few hours?”. And the answer was even more surprosing. Try to imagine two very cool Finnish pilots with deep calm voices and typical accent – Silva and Jorma, the directors of the competition: “There is a K21 in the hangar. Bring it to the runway and we will tow you.”. Just like that? Yes! Just like that. Woohoo!! Let’s go! These guys are crazy! They are letting us fly a K21 in the middle of the competition on a 1000 km day!!

Wait. Oh no… The battery for the PDA is empty. We need it to be able to navigate over new terrain and to have a proof that we flew today. Fortunately Uroš is a brilliant engineer and quickly found a solution which included a full battery of the rented car.

And off we go. The day was as brilliant as it looked. Large cumulus clouds in 2000 meters above the ground. Each cumulus with a wide, reliable and strong lift. Perfect visibility and a day which seemingly does not want to stop pumping thermals. Just wonderful. We landed back to Räyskälä after 330 kilometers and early enough to experience the thrill of waiting for the first finishers.

The first one to come back was Y4, Reinhard Schramme in a Nimbus 4DM. Everyone was happy beyond words which is an unforgettable experience one can only feel in the heart. The pilots, the crew, the organizers, the visitors. We were all in awe.

How, you might ask, is all this connected with the Oudie Splash screen? It’s simple. A side effect of this beautiful day was a picture of absolutely perfect cumulus clouds. A little Photoshop later and we were happy with something that later became the splash screen for the Oudie – Made in Finland:

The SeeYou Screenshot below is a link to the actual IGCx file from this flight. The IGCx flight file format contains pictures from the flight so you can see what we were looking at during this memorable flight: